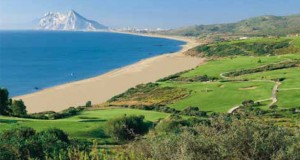 Alcaidesa Links Golf Resort has two magnificent golf courses: Alcaidesa Links andAlcaidesa Heathland, a total of 36 professional holes with spectacular views to the sea, Gibraltar and África, flanked by two natural parks that make the setting even more spectacular. The two kilometres of beach parallel to Alcaidesa Links and the extraordinary eternal blue of the sea create a visual spectacle that is incomparable on the Costa del Sol.

You will find two magnificent golf courses within our complex, one of which is the only links course in southern Europe, Alcaidesa Links, in 2011 considered by the magazine Golf World to be one of the 20 best Links courses on the European continent. Many tournaments have been played at Alcaidesa Links, such as 2 PGA of Andalusia, in 1993 and 1994, 1 PGA of Spain in 1995, The Ryder Cup Junior Match U.S. against Europe in 1997.

We also have a magnificent Driving Range with 72 practice bays, a spacious practice area with putting green, bunkers and a short game area.

Alcaidesa Links is the only links course in southern Europe, being an 18 hole, Par 72 course, inaugurated in 1992 and designed by Peter Ellis and Clive Clark. The topography of the land at Alcaidesa is formed by gentle slopes descending towards the sea, finishing on a beautiful beach, creating a front of nearly 2 km. meaning that most of the holes are alongside the beach. The difficulty of the course lies mainly in the condition of the prevailing winds in the area. One of the special features of the course which most impresses visitors, is its spectacular view over the Mediterranean, Gibraltar and Africa. Its total length is: 5,866 m

In 2011 Alcaidesa Links was included amongst the 20 best links courses on the European continent by the prestigious magazine Golf World
Many tournaments have been played at Alcaidesa Links, such as 2 PGA of Andalusia, in 1993 and 1994, 1 PGA of Spain in 1995, The Ryder Cup Junior Match U.S. against Europe in 1997.

Alcaidesa Heathland, consists of 18 holes par 72, designed by the renowned former Ryder Cup player and author of numerous internationally renowned layouts,Dave Thomas. This course offers a variety of natural scenery ranging from the plateau area (holes 1 to 5, 17 and 18) where the course is similar to a heathland, with wide fairways andoutstanding views of the Mediterranean, to the valley area, where the holes meander along the valley and incorporate several water hazards. The total distance is: 6,373 m. 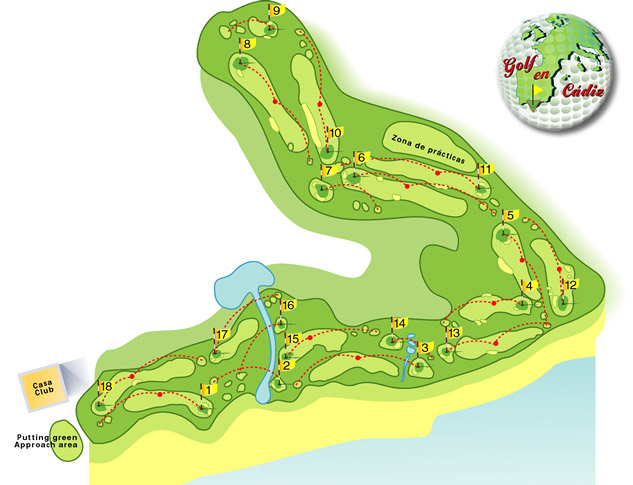