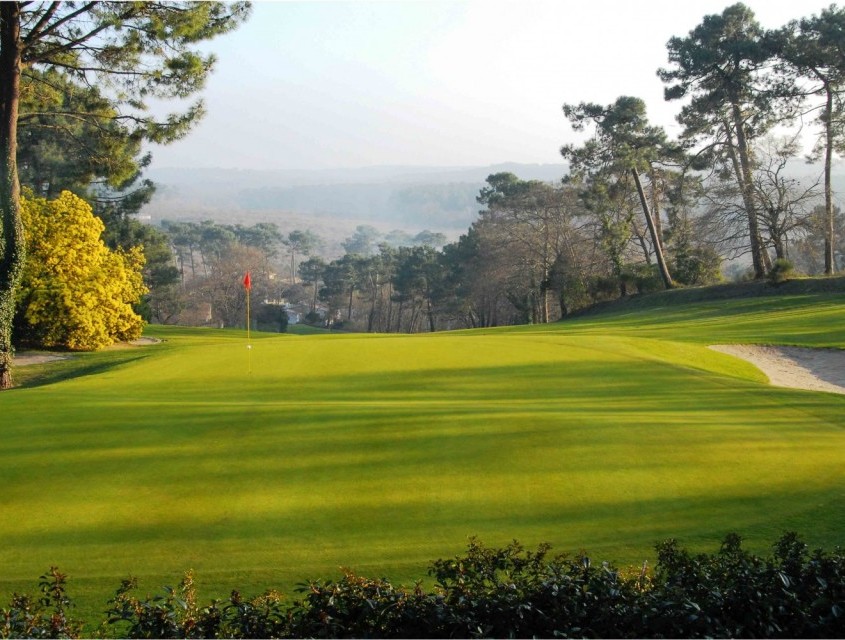 Located on the shores of the Bassin d’A rcachon, near the highest dune of Europe, the Arcachon International golf club enjoys an exceptional location.

The course, bordered with species typical of the region is both hilly on the first 9 holes, and flatter on the last 9 which include several water obstacles. Throughout its 18 holes (5760 meters, par 72), both beginners and experienced players will benefit from this preserved natural environment, which is conducive to the success of their high scores.

A private golf course originally opened in the area in 1895, and then in 1902 the town of Arcachon acquired the grounds. It was later moved to its current site where it was extended from 9 to 18 holes and the new club house was built. This was only completed in 1960.

The restaurant has a vast, sunny terrace overlooking the Bay. The 19th hole is open to all (members and the general public), and everyone can enjoy tasty and varied cuisine at reasonable prices.