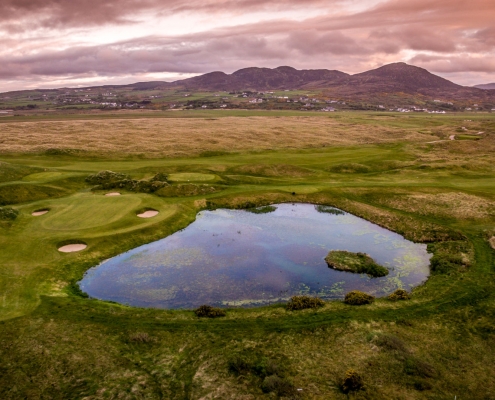 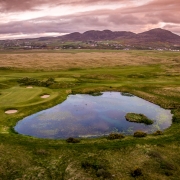 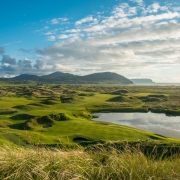 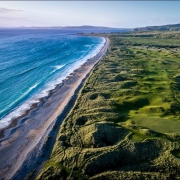 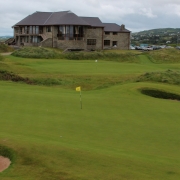 Ballyliffin Golf Club consists of two outstanding, contrasting links courses, making up one of the finest golf resorts in the world.

The home to two championship links courses and one of the warmest welcomes in golf – this is a must when putting together an Ireland golf break with your friends.

The Old Course is links golf at its purest, as the sandy fairways wind through the natural sand dunes. Though not long, the dramatic undulations inherent to the land make it quirky and unpredictable, but moreover they make the Old Course incredibly enjoyable.

The course flew under the radar for many years, until then world number 1 Nick Faldo dropped from a helicopter in 1993. From his very first round, England’s finest was infatuated, and this is reflected by the fact that Faldo’s design company was commissioned to carry out renovation work, deepening bunkers and adding tees in 2005. The highlight of a round here is the awe-inspiring 5th, where golfers take aim at an elevated target 190 yards off, encapsulated by the towering sand dunes.

Ballyliffin’s rise to prominence has been reinforced by the construction of the marvellous Glashedy Links, opened in 1995. Named after the Glashedy Rock, the local equivalent of Turnberry’s Ailsa Craig, and formulated by the acclaimed Pat Ruddy and Tom Craddock, the Glashedy is a brutal proposition at 7,200, and seems certain to play host to major tournament golf. Unlike its more traditional sister, there are huge greens here, whose severe slopes make scoring well on a blustery day devilishly difficult

Ballyliffin is one of the most stunning links courses in the world, it offers an outstanding links golf experience. It is a must add to any Donegal golf itinerary where you will find a host of great courses