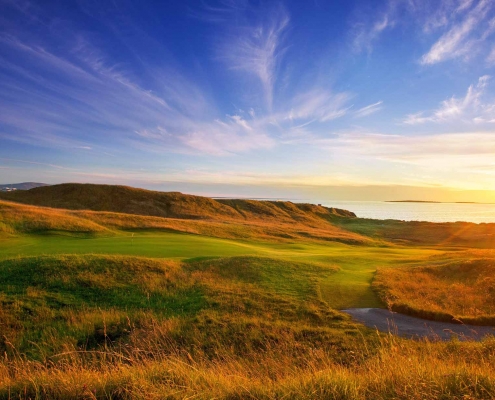 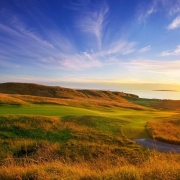 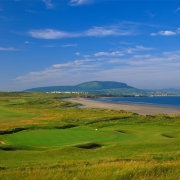 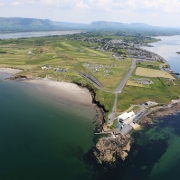 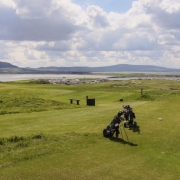 This world famous golf course in Rosses Point offers an excellent challenge. The traditional links layout, designed by Harry Colt, utilizes the natural contours of the dune-covered landscape rather than moving large amounts of earth during its design. The end result is a course filled with dramatic undulations, elevated tees, and raised plateau greens.

The course should automatically be mentioned in the same breath as the other great, old, and historic Irish golf courses. More commonly referred to as Rosses Point, set right in the heart of Yeats Country, County Sligo Golf Club combines spectacular, challenging golf with playability for the average golfer, it is regarded as one of Ireland’s top links golf courses

Established in 1894, the original nine hole layout at Rosses Point was laid out by George Combe, the founding secretary of the Golfing Union of Ireland. And while the course was extended to 18 holes about a decade later, it was not until 1927 that Harry Colt designed the present links. Home to the West of Ireland Championships since 1923, past winners include Joe Carr, Padraig Harrington and Paul McGinley. Some of the legendary players who have sampled the delights of Rosses Point include Walter Hagen, Bobby Locke, Tom Watson and Nick Faldo, while Peter Alliss commented: “Rosses Point stands right at the very top of the list of Irish golf courses…a tremendous test for the highest quality player and great fun for the modest competitor”.

You haven’t lived until you have played Co Sligo Golf Course. Set on the west coast in the shadow of Ben Bulben and overlooking Donegal Bay this is truly a magnificent setting and a great challenge of golf, up there with any links course in Ireland