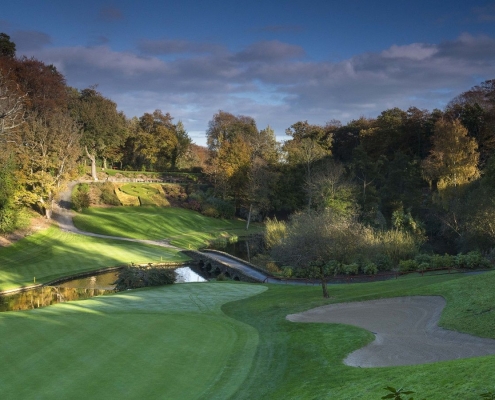 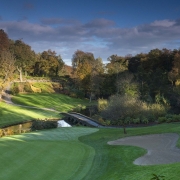 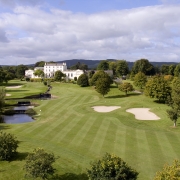 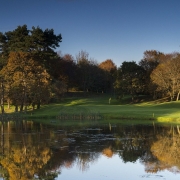 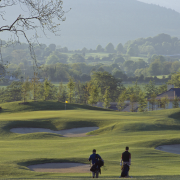 Druids Glen has an illustrious history and it is true to say that the venue has captured the imagination of the tour players as much as the general public. As host to the Irish Open for four consecutive years as well as the prestigious Seve Trophy, many of the golfing greats have played and been tested here.

Druids Heath is set against a backdrop of breath-taking views over the Irish Sea and Wicklow Mountains. This rare heathland course weaves its way around quarries, trees and pot bunkers offering you a thrilling sporting experience.

The Clubhouse facilities at the resort are in keeping with the standard of the golf courses themselves. Golfers may choose to dine in the historic Woodstock House, the clubhouse at Druids Glen, which dates back to 1770. The Bar and Restaurant allow you to relax in comfort and luxury, as you recount tales of glory and what might have been from your round.

Feel free to roam through this remarkable building and immerse yourself in its long and illustrious history. What better way to complete your Druids Glen experience.

This famous course designed by Pat Ruddy & Tom Craddock, opened in 1995. Just a year after opening, Druids Glen hosted the Irish Open for four years in a row. Colin Montgomerie won two years running, followed by David Carter and Sergio Garcia, shooting a 64 in the final round. Druids Glen has hosted the prestigious Seve Trophy, a bi-annual event between the leading Tour Players of Britain & Ireland and Continental Europe.

There are few places in the world that encapsulate the true spirit of the game of golf like Druids Heath, the mountains, sea and rolling Irish countryside provide stunning vistas throughout your round.  The sea breeze calls for shot-making skills and imagination from the golfer.

In the words of Pat Ruddy “Druids Heath affords the player the opportunity to stride-out in a place which is invigorating to both body and soul with the ever present sea breezes adding greatly to a sporting challenge, which is quite difficult to concentrate on as the eye wanders eagerly fifty miles out to sea, twenty miles southwards over an unspoiled, rolling pastoral scene to Wicklow Head and inland to the Wicklow Mountains.  Dull would he be of soul who would allow a few stray shots spoil a day in such a blessed spot”.