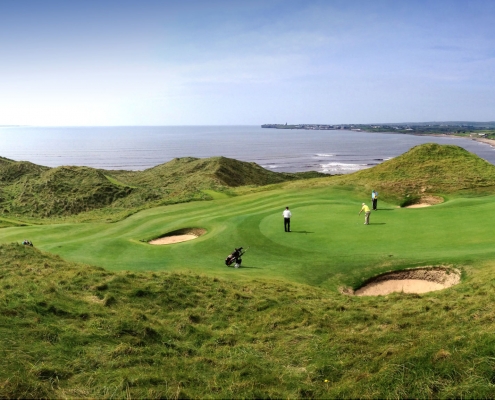 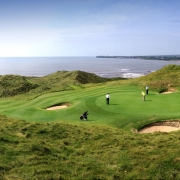 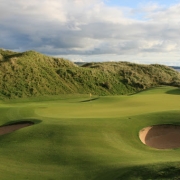 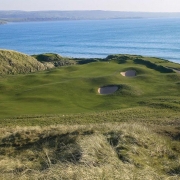 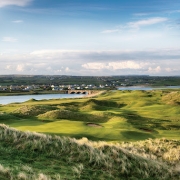 Lahinch is home to two fantastic golf courses, the Old and the Castle, Ideally situated literally a stone’s throw from the town from which its name is derived, Lahinch also boasts ample practice facilities and a fantastic clubhouse, not to mention a friendly membership who are more than accommodating to visiting golfers.

Lahinch Golf Club is home to the South of Ireland Championship, an amateur golf tournament which began in 1895. Notable winners include Joe Carr in 1969, Darren Clarke in 1989, Paul McGinley in 1991 and Graeme McDowell in 2000. Ireland’s Pádraig Harrington finished runner up on two occasions.

Lahinch Golf Club hosted the 2019 Dubai Duty Free Irish Open, which was played from 4–7 July. The tournament was hosted by Paul McGinley and won by Jon Rahm

Lahinch is set amongst the dunes that dominate this stretch of the south west coast of Co. Clare, and golfers including Lahinch on their golf tour itineraries are assured one of the best links golf experiences in the country.