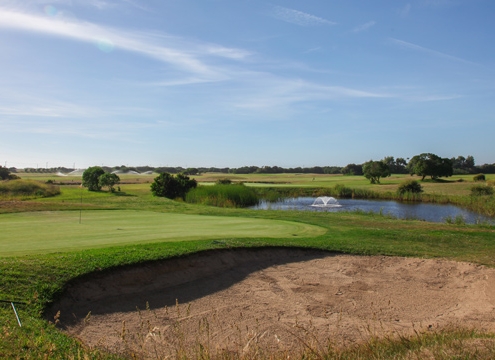 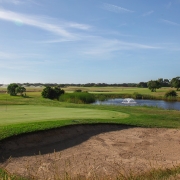 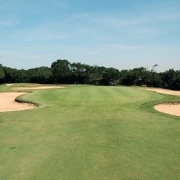 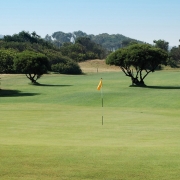 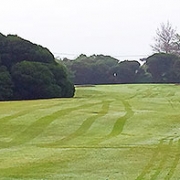 The Oporto Golf Course is located 17 kms to the south of Porto city beside the beautiful beaches of Espinho. Oporto Golf Club was established in 1890, when British residents in Porto created the club.

The Oporto golf course, north of Portugal, authentic links is relatively short. Its narrow fairways, together with the north wind, are the main obstacles, starting out with a difficult Par 4. Two memorable and challenging holes are Nr. 11, a Par 5 of 497 metres and hole Nr. 4, which is considered to be the most difficult of Oporto golf course.

The Skeffington Cup, which since 1891 has been played annually in the club, is the oldest competition in the sport to have been played without interruption. This competition is played during the “Espinho Golf Week” when the members compete for the three famous cups, the Skeffington, the Kendell and the Dockery. They are considered to be the “ex-libris” of Portuguese golf

Oporto golf club is one of the most historic and oldest courses in Europe which has seen vast improvements made over the years. Alongside the main 18 hole course is a short 6 hole pitch and putt for any beginners to enjoy.