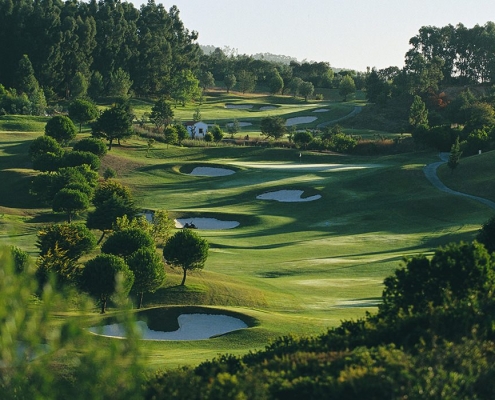 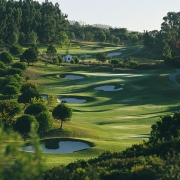 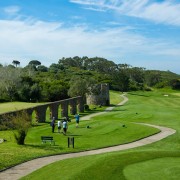 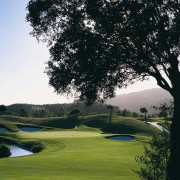 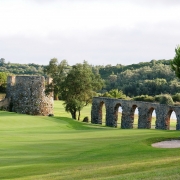 Exciting at every turn, this championship challenge and host to the Portuguese Open, is a master of variety and thrills.

Located 30 minutes drive from Lisbon airport the resort has 27 holes in natural surroundings and a 5 star hotel with 194 rooms and suites. At the foot of the Sintra hills, it is part of the Sintra-Cascais Natural Park.

This 6,313-metre, 18 hole, par 72 championship course is ranked among the best in Europe. It hosted the Portuguese Open in 1994 and 1995, the Estoril Challenge in 1997, and the Estoril Open in 1999. The major amateur circuits have also held their finals on this course.

The Atlantic is a challenging course for golfers of all standards. It blends in perfectly with its surroundings and there are breathtaking views both of the ocean with Estoril and Cascais in the foreground, and over the mountains.

The 5* Marriott hotel on site offers some exceptional stay and play packages. Penha Longa golf course is regularly ranked in the top golf courses in Portugal. The fantastic 27 hole layout takes advantage of its sloping terrain giving golfers some lovely views of the Sintra Hills, this along with the extensive practice facilities available make this resort perfect for a ‘stay & play’ golf trip.