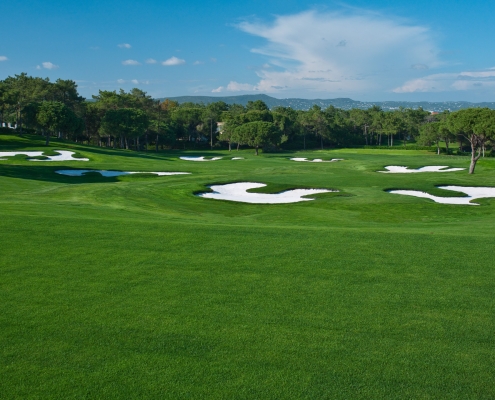 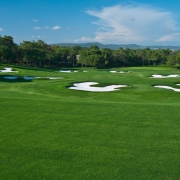 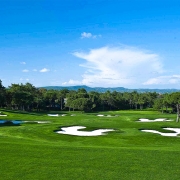 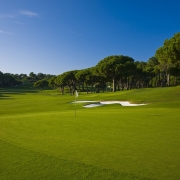 The jewel in the Quinta do Lago crown, the South Course has played host to the Portuguese Open no less than eight times. Designed in 1974 by William Mitchell, who raised the bar by introducing American-standard greens, tees and bunkers to the Algarve, it soon gained a reputation as one of the foremost courses in Europe and remains to this day one of the flagship European Tour Courses.

The favourite course of many European tour players, it is a 6,500 metre par 72 set amongst umbrella pines, lakes and wild flowers, overlooking the spectacular scenery of the Ria Formosa National Park.

Its championship status does not deter the amateur golfer. Indeed, while the 8th, 15th, and 18th are testing holes for low handicap players, the course provides interest and challenge to golfers of all levels and abilities.

There are three courses at Quinta Do Lago, with all three being in the top 100 in Europe not only are they all fantastic but they all offer quite different things, making it a real golfers paradise. The South Course measures in longer than the North at just over 7,000-yards from the back, giving the big hitters of the ball an advantage on the longer holes. The fairways are dotted with pine trees, requiring accurate drives to stay on track, and the addition of lakes, local flora and the beautiful backdrop of the Ria Formosa makes for an unforgettable round of golf