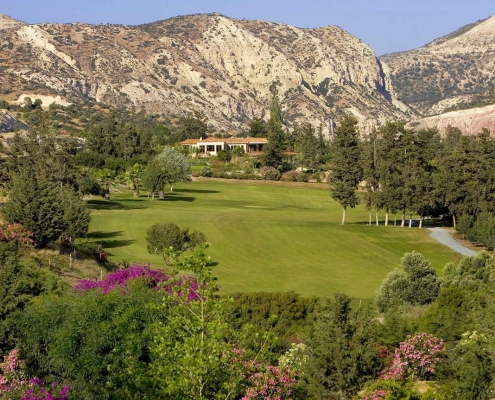 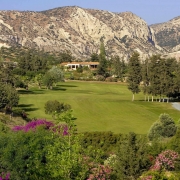 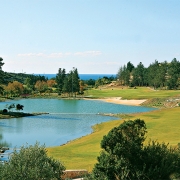 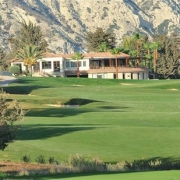 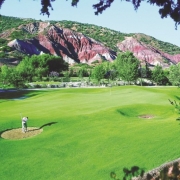 Secret Valley’s 18 hole golf course originally opened in 1996 has undergone some changes over the past few years when it was re designed by Hans-Georg Erhardt and Snorri Vilhjalmsson in 2013 along with 4 time Ryder cup captain, British Open and US Open winner Tony Jacklin. Located close to Paphos where accoeding to the folklore, the goddess Aphrodite stepped ashore.

The course is carefully laid out in the lower part of the valley where it utilizes it’s steep hillside terrain for some elevated tee shots towards the undulating fairways. Secret Valley also boasts a very modern 22 bay driving range, large putting and chipping greens. There is also a PGA pro available to give lessons to all levels of golfers, either on the practice range or the impressive indoor golf studio which features a simulator.

The sheer play ability of this course along with the friendly atmosphere, it is no surprise that secret valley is such a popular choice for golfers when they visit Cyprus.

Secret Valley is certainly worth including in the itinerary. Offering excellent value green fees this is a tranquil and charming place to enjoy a round. The course is located in a scenic valley, with easy driving distance of Paphos.