The Boldest Swingers in Town

You are here: Home1 / The Boldest Swingers in Town

IT ALL began innocently enough when the youngest of our group turned 40 and we thought a good way to celebrate would be a lads’ trip abroad to play golf, eat, drink and generally be merry.

Thirteen years later and we are still celebrating. ‘Nipper’, as he was then, is no longer the sprightly 40-year-old who once graced the fairways and greens with soaring irons and dodgy putts. In fact, sprightly is the last adjective you would apply to any of us.

The 40th birthdays turned into celebrations of the half century and if we keep this thing of ours going for another five years, the eldest of us, yours truly, will be about to turn 60.

It will all end one day, of course — all good things do — but for now we eagerly anticipate this annual pilgrimage, from November when the first tingle of excitement is prompted by the flight-booking phase, through Christmas when we begin to plan what courses we will play this time, and into spring when The Baldy Bargain Hunter books the tee times, until we finally head off. April fools one and all. 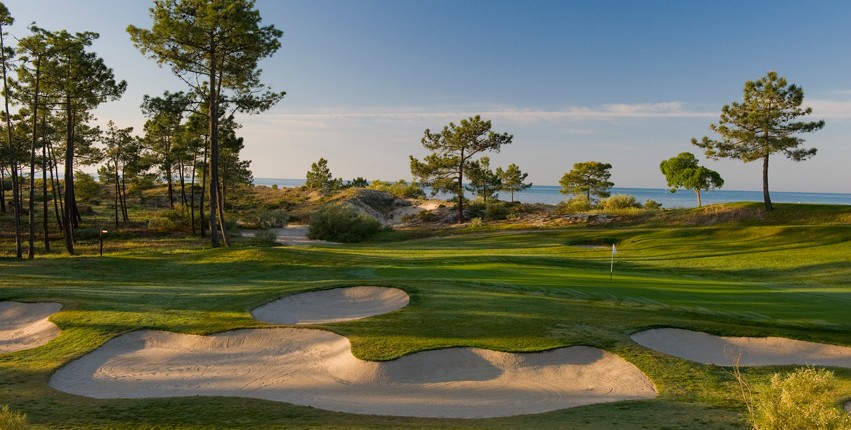 There are six of us. Two brothers (not very affectionately known as Ronnie and Reggie, or simply The Krays) the husbands of two of the Krays’ sisters, the husband of one of the Krays’ wife’s sisters, and one lone wolf, unrelated by blood or marriage to the Krays or anyone else.

Confused? I can’t say I blame you.

We all think that we can play a bit, but an occasional glimpse of mediocrity is about all we can manage. Baldy still remembers a time in his distant youth when he was considered by those in the know to be ‘a golfer’.

So proud of this wasted talent is he that he will regularly remind us of it with anguished cries of “I used to be able to play this game” as another ball disappears at breakneck speed into the undergrowth on the left.

I can’t remember why we were drawn to the Lisbon region for that first trip, but we stayed in the Praia D’El Rey resort about 100km north of the city and travelled as far south as Troia in our two hired cars, a round trip of some 300km, to play one of the toughest courses on the planet.

Not surprisingly, we played absolutely awful golf, but we have returned every year bar one to that exceptional place.

In our car-hiring days (before we discovered the joys of being ferried to and from courses in a minibus driven by our new best friend, George) the journey to Troia included a ferry ride from Setubal, where we would pass the time eating ice cream and trying to convince the looky-looky men that we didn’t want to purchase any of their wares.

Except one year when the lone wolf needed a pair of sunglasses and thought he had grabbed himself a bargain with a pair of the finest five euro shades you are ever likely to see. They lasted until we boarded the ferry before they began to disintegrate. Fearful of the slagging, he managed to keep them perched precariously on his head until the first tee, when a vigorous swing finally revealed the extent to which he had been duped. Buy cheap, buy twice.

After that first year we moved base to a seaside town by the name of Praia Das Macas (The Beach of The Apples), an out-of-the-way surfing hot-spot loved by the Lisbon weekenders but bereft of foreigners during our preferred time.

We have adopted a ‘local’ which we have named O’Leary’s and have nicknames for our favourite restaurants — one of the owners is imaginatively known as ‘Big Hands’ because, well, he has big hands. We like to keep things simple.

The neon sign above another restaurant reads ‘Buzio’ and so we naturally referred to the owner, a tall slender man with a smooth line in patter and a heavy pen on the bill, as Mr Buzio. That was until we discovered that ‘Buzio’ is a type of shellfish and not the poor man’s name
at all.

There have been controversies along the way, of course, minor rows about handicaps and the interpretation of the rules of golf, but we have managed to turn most of them into a reason to laugh — usually adding the word ‘gate’ to the end of the cause of the disagreement to lend an extra air of gravitas, as in Watergate.

This has always worked well, but probably never better than when one of our number (later to be known as Spiderman) left O’Leary’s early one night only to discover when he got back to the villa that the key to the entrance wasn’t where it was supposed to be, causing him to scale a wall to gain access, which resulted in several cuts and bruises. The unfortunate incident is still remembered as ‘Gate-gate’.

After a very hearty meal one night, Nipper was picking over the bones of a fish — we are particularly fond of sea bass and sea bream, fresh and simply grilled — when the owner became concerned that he might not have had enough to eat.

With the hands of a surgeon, he extracted another portion from the carcass, added some vegetables and laid it before the golfer formerly known as Nipper, and now rechristened Two Dinners.

None of us ever imagined that we’d have any use for a word that included the letter ‘j’ three times, but in 2010 Eyjafjallajökull — that dastardly volcano in Iceland — entered our consciousness in a
big way.

We were among the 10 million travellers delayed by the six-day crisis which saw almost all of Europe’s air traffic grounded. When we finally got home, four days late, we were worn out both physically and emotionally. Ash-gate had taken its toll.

We have rather grandly named ourselves The Soiled and Ancient, purloined a modest piece of Portuguese pottery named The Jiggy Jug in honour of the Baldy Bargain Hunter’s yips and adopted the motto ‘We’ll Never Grow Old’.

We will though, some day. Something will force the end of this great adventure and it probably won’t be pleasant. But in the meantime we will remain happy to snap-hook and slice our way around some of the finest golf courses in mainland Europe.

We will continue to thin irons, duff chips and pull putts until we reach the bitter end. Heaven’s-gate, we’ll probably call it. 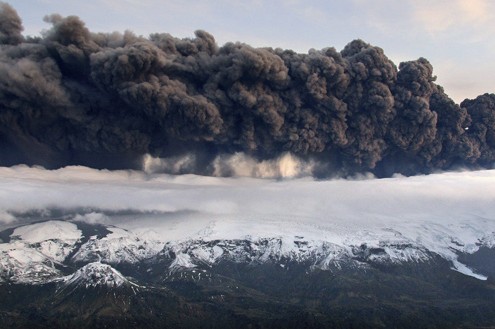 This place is an absolutely savage beauty of a golf course. Our record singles score is about 25 points, so rather than beat ourselves up, we tend to play team formats on it. If you’re ever in the area, though, it is a must-visit.

From the moment you pass through the gates of Penha Longa you can’t help but feel a sense of quiet luxury. The course is hilly and wooded and the views spectacular. The nine-hole Monastery course is a classic ‘hidden gem’.

There are some tees where the view down the fairway will take your breath away and the putting surfaces are so devilishly difficult that getting on the green is only half the battle. A pint in the wonderfully old-style clubhouse will be well-earned.

We were aware of this course but only started to play it in the last three years — and what a pleasure it is too. Short enough and quirky (a little too quirky in places) it is one of the friendliest places you’ll play and a proper test without being too demanding.

A beautiful mix of links holes and parkland, this is no place for the faint-hearted but a thrilling journey for even the most modest high-handicapper. Take your time, don’t try to be too ambitious off the tee and enjoy the views.