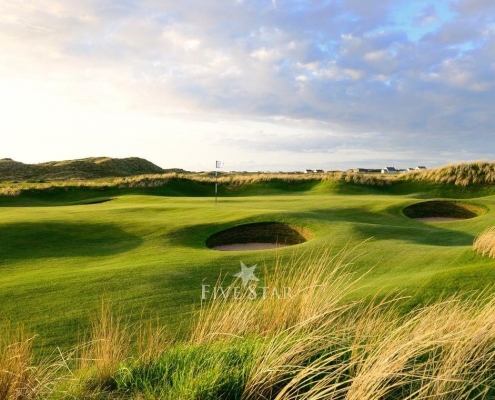 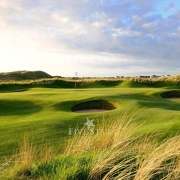 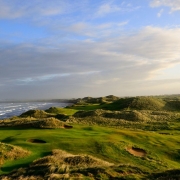 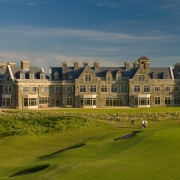 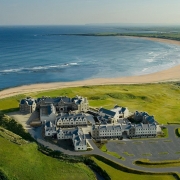 Trump International Golf Links Doonbeg is a stunning sight to behold and offers views of the Atlantic from 16 of 18 holes. The average time taken for a round of golf is four hours and thirty minutes. The par-72 layout features a single loop of nine holes out and nine back, playing 7,026 yards from the back tees. In line with Norman’s philosophy of ‘least disturbance’, the most natural route was taken in laying the course out through the sand dunes. As a result, the course has a unique combination of five par 3s and five par 5s.

Anyone who has been to these lands, who has felt the impressive power of the Atlantic Ocean forcing its way along the rugged Clare coastline or smelled its rain washed air knows why this land at Doonbeg is so unique. Since then Trump Doonbeg has been transformed by Dr. Hawtree to one of the ‘must play’ golf courses on the international circuit.  He has allowed the character and soul of the land flourish while enhancing the playability tenfold.  Every hole has its own identity which will both reward and challenge each golfer.

Doonbeg enjoys an incredible piece of property with some great holes,top notch facilities, dining, and accommodations make it a great resort. The course is up there with many of the great Irish links courses and has some unforgettable holes